The layers of culture and landscape embodied in these artefacts informed and inspired our concept. These artefacts are small in size, but they tell a rich and ongoing story.

The central showcase contains a stylised topographical landscape made up of black acetal rods. The rods mimic the topography of Carnes Hill. They start at a low height on either side of the area representing the nearby creek, and then rise in height as they move up the hill. The artefacts sit on top of the rods. We left some rods empty deliberately, to mimic tool fragments alternately clustered and scattered across a landscape.

Four theme panels sit around the central showcase. They tell the ongoing story of the Aboriginal communities from the Carnes Hill area. The large-scale artworks featured on the panels are by local artists Mulgo and Aunty Edna Watson.

We designed the exhibition to sit lightly within the foyer space, with a palette of rich, warm and inviting colours and finishes. We paired browns, beige, red and pinks with Tasmanian oak and a Willie Weston upholstery designed by Aboriginal artist Colleen Ngwarraye Morton.

This small display tells a rich story of place, time and community. It was a rare privilege to design a setting and interpretation for Aboriginal artefacts in the place where they belong.

”   Penny Hardy of Design Community and her team have designed an exhibition that not only met the expectations of Liverpool City Council and the local Aboriginal community but exceeded. Penny embraced the objective of the exhibition which was to convey the local Aboriginal story as told by the community. The design embodies the local natural environment and the Aboriginal culture, showcasing the history and heritage through the objects uncovered from the site, the text and imagery of the panels and the replication of the topography in the main showcase. Her design and associated elements have been embraced by Council staff and the local community, and contributes greatly to the atmosphere of Carnes Hill Library.   “ 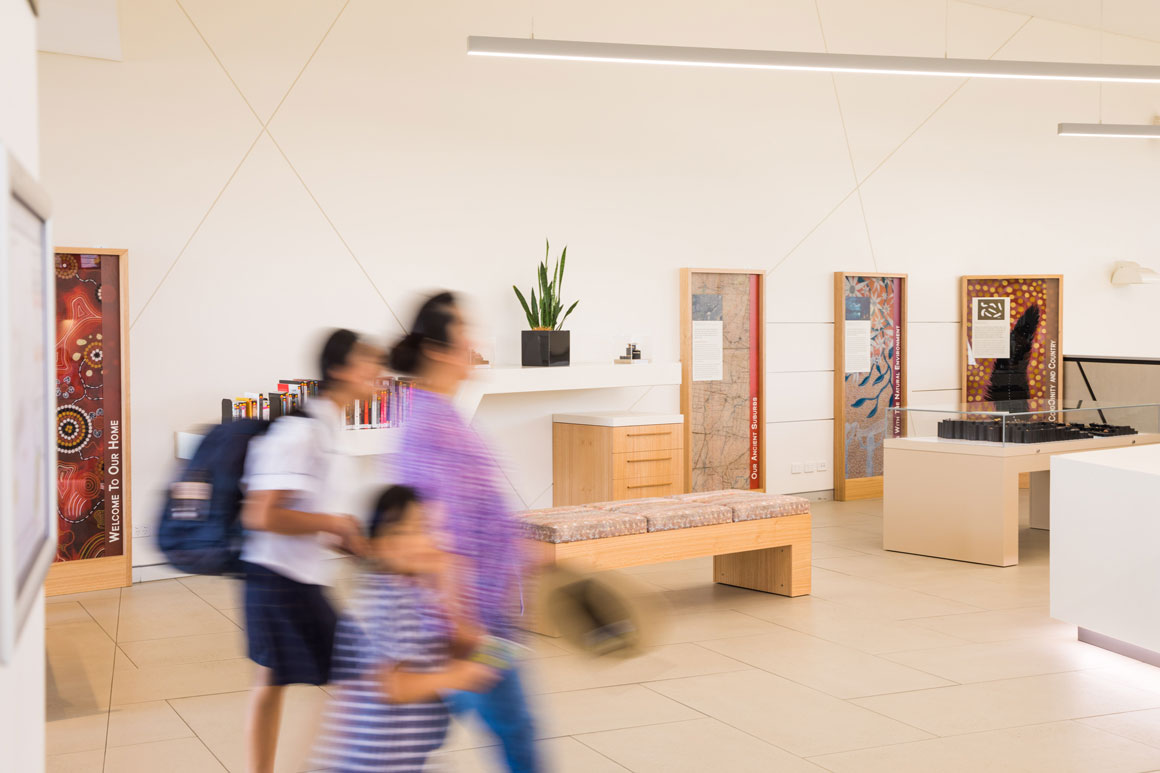