We were thrilled to work with the 2019 Design Canberra Festival for the third year in a row. In 2019 the festival was mounting two displays of local design work in the Canberra Centre. The first display re-used our previous frames and plinths from 2017 and 2018. We chose new paint colours to suit the 2019 theme of Utopia and devised a layout that drew inspiration from original Bauhaus posters of the 1920s.

The brief for the second display was for an inexpensive installation promoting the festival and the work of its designer-in-residence Phoebe Porter. We took inspiration from Phoebe’s piece Elements of Balance and designed a display using painted wire mesh sheets and existing low plinths. The layout creates two sets of opposite focal points, which “balance” each other. The red mesh is a contrast to the black plinths, adds depth and interest and creates a vertical surface for signage. The entire installation is easy to disassemble and reconfigure for future installations.

We love re-purposing our designs and other existing elements to create something entirely new. It’s a challenge we relish. 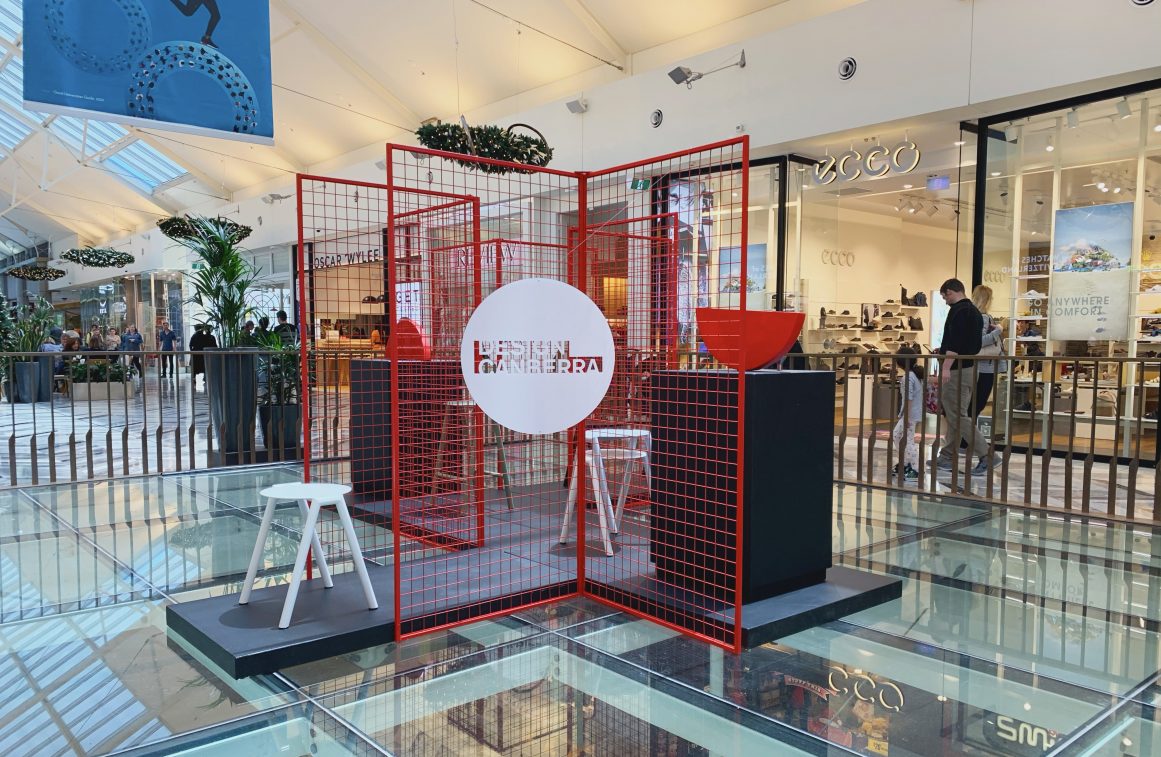