The centrepiece of this temporary exhibition of Chinese calligraphy and paintings from the National Museum of China was a twenty-metre long replica of an 18th century scroll. Over seventy works from three modern Chinese artists supported the scroll, along with a large projected scroll animation and the Harvest of Endurance scroll from the NMA’s collection. Together, they illustrate the grace, impact and expression of the ancient arts of Chinese calligraphy and painting.

Our meticulously-crafted layout created a clear visitor flow punctuated by key focal points. The aesthetic was elegant and pared back—dark walls threw the works into relief; clean white labels with touches of colour stood out clearly. A freestanding wall and a giant vertical banner mark the start of each section. The striking banners echoed the scrolls and could be seen from any point in the gallery. They contained large-scale sections of artworks, which gave visitors the chance to see the purpose and intent of the brushwork in detail. We gave each section its own feature colour, which then appeared in the elegant and refined graphics.

Carefully-placed freestanding walls broke the vast gallery space into smaller areas, enabling visitors to move at their own pace and take their time exploring the artworks. Custom-designed iPad stations allowed visitors to try their hand at calligraphy via an app. An animated version of the Emperor Qianlong scroll filled the rear wall of the gallery, providing light and movement.

The final section of the exhibition contained an eight-metre-long custom-designed showcase for the Harvest of Endurance scroll. The showcase has been designed in sections for ease of assembly and will be used to display other sections of the scroll once this temporary exhibition has finished.

The Historical Expression of Chinese Art opened at the National Museum of Australia on 5 April 2019. 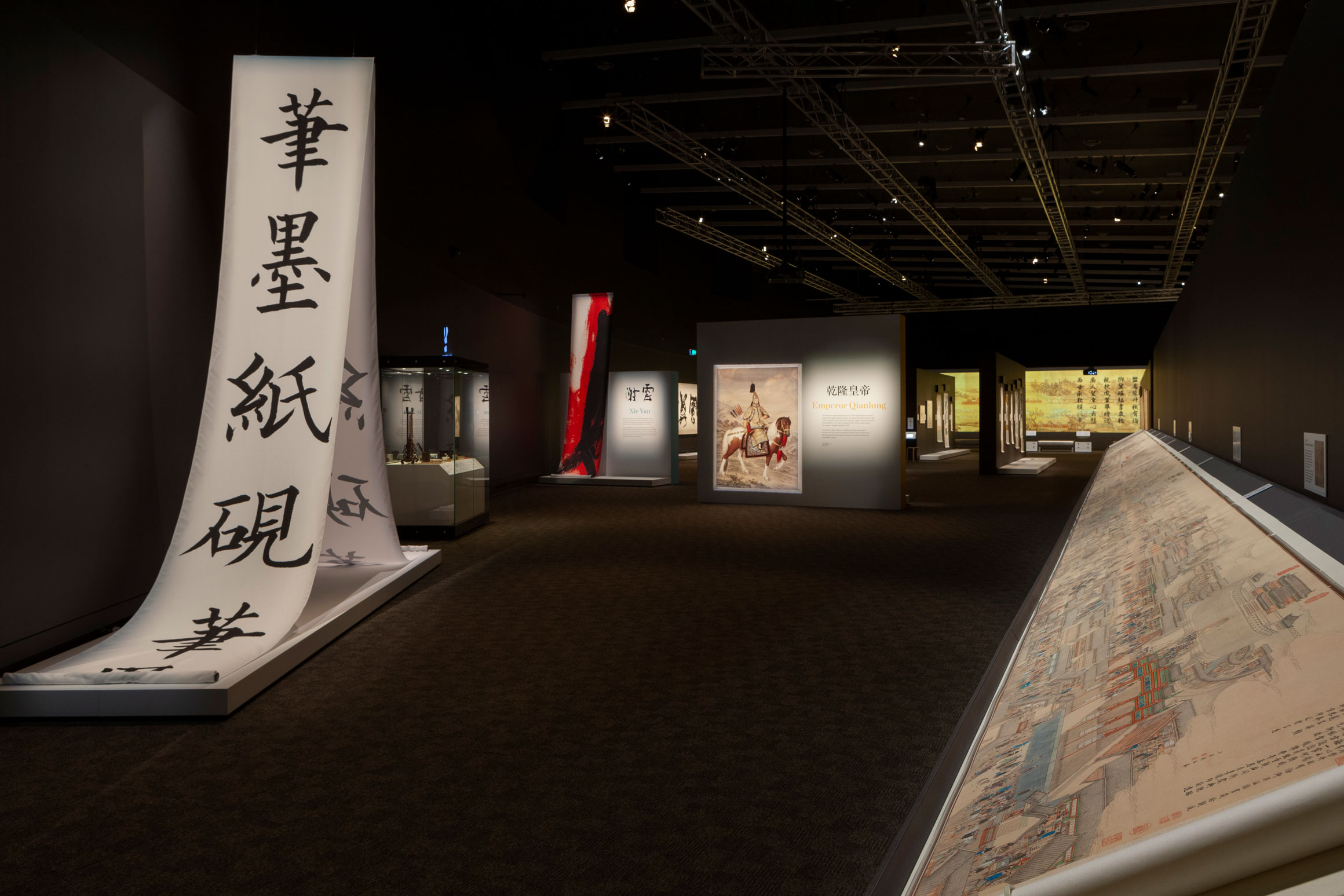